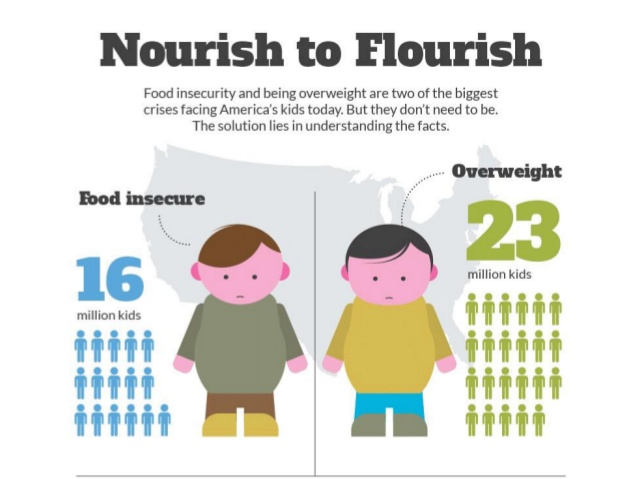 “Escalating global hunger and obesity levels might seem like a gigantic paradox. It is not. It is part of a single global food crisis, with economic, geopolitical, and environmental dimensions. It is perhaps the starkest, most basic way in which global inequality is manifest” (Otter, 2010).

In the nineteenth and twentieth centuries the development of non-governmental relief organizations that started out targeting specific trouble spots such as food security, food desserts, and supply and demand for healthy food but grew into full-time bureaucracies (Denning, 2009).

The historical origins of today’s global linkages between food, capital, energy, environment, and technology lie well before the mid-twentieth century. There were important institutional dimensions to this post-World War II shift. The foundation of the UN and the FAO (1945), the idea that the entire world could collectively suffer a “food crisis” (of misdistribution, hunger, and famine) can be said to have been born (Otter, 2010).

Historical institutions on the topic of hunger were first the Church. The church was the first place to help the poor and hungry. Dating back to BC, the poor, ill, and hungry sought refuge at the church. As we transitioned into hunger being brought into government institutions the US was critical in providing government aid during World War II. The US military and government took it upon themselves to lend aid with strings attached of course. Present day some key institutions are the US Department of Health and Social Services, Action Against Hunger, Feeding America, Food Banks, and the Centers for Disease Control and Prevention.

Looking at Hunger from the US historical role Arizona has a unique stamp being that Van Hengel established St. Mary’s Food Bank in Phoenix, AZ as the nation’s first food bank. In its initial year, Van Hengel and his team of volunteers distributed 275,000 pounds of food to people in need. Word of the food bank’s success quickly spread, and states began to take note. By 1977, food banks had been established in 18 cities across the country (Feeding America, 2019). Van Hengel was a key player in the history of ending hunger.

In 2008, Eva Clayton, the former special adviser to the Director-General of the FAO, spoke before the U.S. House of Representatives. “The situation is dire,” she stated. “Our response must be decisive and forward thinking. The failure to strengthen our global food system would ultimately lead to political and economic upheaval all over the world.

In Arizona there have been legislative efforts made by the state government one of them being the Arizona SB 1053 (2011) creates a special license plate that garners $17 per plate in donations to the Association of Arizona Food Banks, pending start-up funding of $32,000 from the Association (National Conferences of State Legislatures, 2011). This bill is a form of legislation that creates revenue to help with the emergency food funding.

Also a worthwhile blog is the Arizona Department of Health Services Arizonans Helping to Prevent Hunger Blog by the director herself, Cara Christ MD. Hunger is a real issue though it may not be staring all of us in the face it does affect vulnerable children and the homeless population.

6 thoughts on “Paradoxes: The History on Hunger”